First Accept. Then move on.

“Crap. Crap, crap, crap!” Vance paced the small room. Even from the other side of the conference room Minda could see the small beads of sweat on her colleague’s forehead.

“I have the stupidest team on earth. I just told them to fix the problem, but they said that even if they work all night they will not have fixed it before tomorrow. And we all know who will be here for the demo. I am dead. My career is over. I can’t come in tomorrow. I really can’t. It will be so embarrassing so…”

He stopped and stared at her.

“Calm down? Are you out of your mind? My career is over, and you are telling me to relax?” 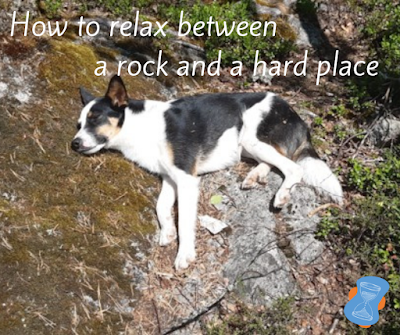 “If it is already over, what are you so upset about?”

“You really don’t get it! My team has programmed the soap dispensers in the whole building. We have used AI. The team has taught the computers to recognize hands.”

“I know. You showed me the other day.”

“I know I did. And I have already told the leadership team that it works. So tomorrow the CEO will come here for the demo. But when he puts his hands under the dispenser, no soap will come out. Heck, I am so screwed.”

“Did it stop working?”

“It is still working. For white hands. It is unbelievable and embarrassing, but it only works for white hands. My idiot team only showed pictures of white hands to the computer when they taught it to recognize hands.”

“It’s not funny! It’s horrible! We all know our CEO is as black as can be! It won’t work for him. We will be seen as racist or completely incompetent. I don’t know what to do!”

“Of course you don’t know what to do. You’re too busy screaming about how much you hate this situation.”

“I never blame. Or complain. It is as useless as what you are doing now.

“Fighting something that has already happened. Just accept it.”

“Accept it? What? Am I supposed to give up?”

“Of course not. You will deal with the situation. But you can’t do that until you accept it. You and your team messed up. Accept it.  It has already happened. Stop whining about it.”

Vance sat down, put his elbows on his knees and his head in his hands. After a while his breathing slowed down. “We messed up. It is what it is.” His voice was calm. He sat himself up and looked at her. “Well, I guess we could…”

“See? You had to accept it before you could come up with a way forward.”

He stood up and exhaled loudly. “You know I hate it when you’re right, don’t you?”

“Of course I do.” She winked. “I have accepted that long ago.”

Whatever situation you are currently in but dislike – be it a delayed project, a relationship that has ended or a body that has more or less fat on it than you would like – accept it. Once you have, you can decide what to do next with a clear mind.

*The story about soap dispensers only working for white people is unfortunately true. In 2017 there was a big debate about “racist soap dispensers”. The underlying problem was the lack of diversity in the teams programming the (not so) smart machines.
Posted by Annika Rosendahl