Do you use problems as excuses or growth pills? 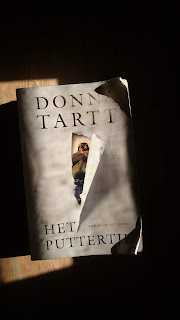 As an author I was impressed. As a reader I was not moved.

Because I didn't connect with the persons in the book. I followed them with curiosity but not with my heart.

The main characters kept finding excuses to why their lives were bad, rather than making life as great as possible.

As Tony Robbins says in "I am not your guru":


"Your biggest problem is that you think you shouldn't have one."

We all have problems. Some use the problems to grow. Others use them as excuses. like the story of the two brothers:

If circumstances don't decide what we do with our lives, then what does?


“Life is never made unbearable by circumstances, but only by lack of meaning and purpose.”

Use the inevitable hardships to grow.

Then I guarantee you will be bigger than any problem coming your way.

The beauty of Art 17 The answers

Even among people who are deeply involved in art, the creator of the sculpture in the Beauty of Art 17 is fairly unknown.


Bodys Isek Kingelez was (he died 2015) an artist who used everyday material like paper, toothpicks and plastic bottles, to create his cityscapes. 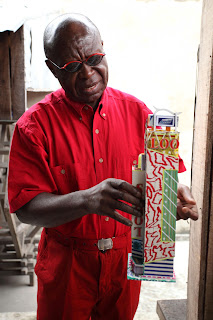 The piece of art you saw in the Beauty of Art XX was U.N. 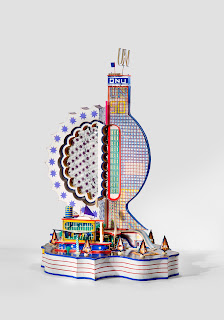 Kingelez was born in the Democratic Republic of Congo, 1948. He became a teacher before he became an artist.

An interesting anecdote about his early steps as an artist, was when he presented a paper sculpture to museum officials. When seeing the technical mastery of the creation, they didn't believe this unknown man had created it. They even accused him of stealing it! When he created another one before their eyes, they finally believed him and hired him as a restorer.

He called himself a designer, an architect, a sculptor, an engineer and an artist.

His art is colourful and filled with joy. Many say that this art makes them happy.

You say it is colourful and weird.

To see even more of his art and to see Kingelez himself, you can have a look at the information from MOMA here.

The Beauty of Art 17

When I saw a picture of the United Nation's headquarters as a child, I was very disappointed. I had expected a colourful, beautiful building, Maybe a building with lots of peace doves painted all over it. And all I saw was - a building. 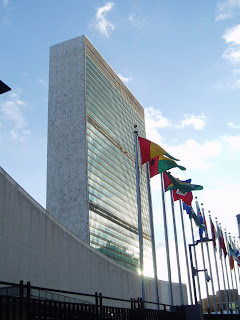 Recently I was looking through a magazine, and I was happy to see that I am not the only one who thinks the United Nations should have an extraordinary building, a building that shows that those working there work for peace and friendship. 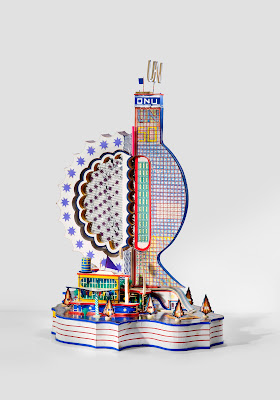 Please let me know what you think.
The answers will come in the next blog post.
Posted by Annika Rosendahl 1 comment:

"I come home with fresh, wonderful bread. Just when I am about to slice it up, my girlfriend says -'No, we still have bread . Eat that first.' So you know what I end up doing? I buy fresh bread  and I eat old bread." 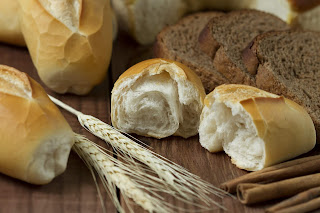 When I heard the Dutch stand-up comedian say this, it struck a chord. We buy fresh bread but eat old bread. Why? Because we should. We mustn't waste the old bread. Like we mustn't do things that are fun until we have done what we should. Right?

And what if we do this all the time?

We end up only doing the things we think we should, never getting to do what we really want. We buy and dream of fresh bread, but we only eat old bread.

It is time for a new approach. Let's learn from the finance world and Pay ourselves first.

"Pay yourself first" is a phrase popular in personal finance and retirement-planning literature that means automatically routing your specified savings contribution from each paycheck at the time it is received."

From now on; Pay yourself first with your time.

For each new week, reserve time for just you. For something you enjoy. Something that gives you energy, something you really want to do. Make sure you eat at least one slice of fresh bread.

Over time, this will give you more energy. With more energy you can use the time you have more efficiently. And then you can have even more time for you.