A surprising way to sustain a good habit

Many would like to train more, but even if they understand that it is good not only for their well-being, but also for their time management, it can be hard to get going.

One way to create and sustain an exercise habit, well any habit really, is to do it for someone else. 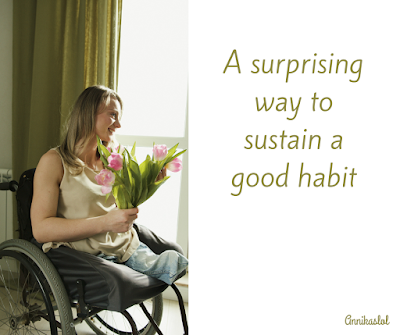 Let me tell you about Tim Boyle.

He wanted to take up running but had a hard time staying motivated. Then he realized that there are people who would love to run but are unable to. People without legs, people with other disabilities.

“Who am I to not run just because I don’t feel like it one day, when there are people who would love to run if only they could?”

Michael, with Down syndrome and hip dysplasia said he would love it if Tim would run for him.

This exchange turned into Irun4.

This organization has now matched some 17000 runners with buddies.

What habit do you want help to create and keep up?

Can you find someone who would love to do that, but is unable to?

In that case, do it not just for you, but also for your buddy.

Then staying motivated will be a piece of cake.