About a christmas pudding

I continue with the tradition of sharing a poem for christmas.

This year I share the poem Sam´s christmas pudding by Marriot Edgar.

I choose this poem since one of my sons is named Sam, since I have lived in Spain and since the poem is a story - and you all know I like stories.

It was Christmas Day in the trenches
In Spain in Penninsular War,
And Sam Small were cleaning his musket
A thing as he'd ne're done before.

They'd had 'em inspected that morning
And Sam had got into disgrace,
For when sergeant had looked down the barrel
A sparrow flew out in his face.

The sergeant reported the matter
To Lieutenant Bird then and there.
Said Lieutenant 'How very disgusting'
The Duke must be told of this 'ere.'

The Duke were upset when he heard
He said, 'I'm astonished, I am.
I must make a most drastic example
There'll be no Christmas pudding for Sam.'

When Sam were informed of his sentence
Surprise, rooted him to the spot.
'Twas much worse than he had expected,
He though as he'd only be shot.

And so he sat cleaning his musket
And polishing barrel and butt.
While the pudding his mother had sent him,
Lay there in the mud at his foot.

Now the centre that Sam's lot were holding
Ran around a place called Badajoz.
Where the Spaniards had put up a bastion
And ooh...! what a bastion it was.

They pounded away all the morning
With canister, grape shot and ball.
But the face of the bastion defied them,
They made no impression at all.

They started again after dinner
Bombarding as hard as they could.
And the Duke brought his own private cannon
But that weren't a ha'pence o' good.

The Duke said, 'Sam, put down thy musket
And help me lay this gun true.'
Sam answered, 'You'd best ask your favours
From them as you give pudding to.'

The Duke looked at Sam so reproachful
'And don't take it that way,' said he.
'Us Generals have got to be ruthless
It hurts me more than it did thee.'

Sam sniffed at these words kind of sceptic,
Then looked down the Duke's private gun.
And said 'We'd best put in two charges,
We'll never bust bastion with one.'

He tipped cannon ball out of muzzle
He took out the wadding and all.
He filled barrel chock full of powder,
Then picked up and replaced the ball.

He took a good aim at the bastion
Then said 'Right-o, Duke, let her fly.'
The cannon nigh jumped off her trunnions,
And up went the bastion, sky high.

The Duke, he weren't 'alf elated
He danced around trench full of glee.
And said, 'Sam, for this gallant action.
You can hot up your pudding for tea.'

Sam looked 'round to pick up his pudding
But it wasn't there, nowhere about.
In the place where he thought he had left it,
Lay the cannon ball he'd just tipped out.

Sam saw in a flash what 'ad happened:
By an unprecedented mishap.
The pudding his mother had sent him,
Had blown Badajoz off map.

That's why fuisilliers wear to this moment
A badge which they think's a grenade.
But they're wrong... it's a brass reproduction,
Of the pudding Sam's mother once made. 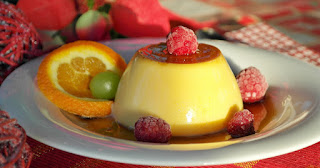