No more knocking on doors

When a reporter from TIME asked Tyler Perry what he thought about "the all white Oscars", he responded:

I think there are many in show business who would like to stop knocking on doors, stop going to auditions and hear :

I also know, after having given talks to people who were looking for work and to students who try to figure out what kind of job they want to apply for, that they would also like to stop knocking on doors, stop sending application after application just to hear that they were not selected to come to an interview.

And I know that I no longer want to knock on doors and ask publishers to pretty please publish my book. Publishers who very often take a long time (we are talking months) to answer. 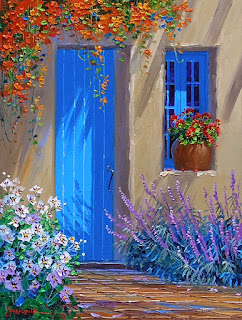 So in parallel with looking for a publisher (knocking on doors...) for my third book, I took steps to becoming more independent.

Getting professional help with the script
I decided to buy this help for my third book. I bought the service from an editor I found on the web and with his help I improved my script until I felt confident about it.

Turning the script into a book
For my third book I turned to Recito förlag regarding the work related to layout, cover, getting ISBN, printing the books, distributing the book etc.  No more waiting for answers from publishers, with Recito förlag I can start the process whenever I want.

Selling the books
In addition to the selling that Recito förlag will do, I will launch a web shop this year, where I will sell signed copies of my books. The third step to independence. :-)

I am very happy Oppenheim (the publisher of my debut novel Jenny, Jenny) and Idus (the publisher of my second novel, Ursus-dit rättvisan inte når) worked with me with my first two books. Together with them I have achieved things I could not have done without them and I have learned a lot. Maybe the most important lesson of all, was when I opened the door in my mind to the place that said:


Hey, I can actually do this!