She watched her husband as he took off his uniform. His hanging head and slumping shoulders showed the tiredness his smile tried to disguise.


"Good evening my love", he said as he kicked off his shoes. "How has your day been?"

She rolled towards him in her wheelchair, returning his smile.


"Better than yours from the look of it."

"Oh", he lifted his shoulders half-heartedly. "It hasn't been that bad. Just a normal working day for an old policeman."

He was in his forties. Not particularly old. He had started calling himself old when he teamed up with a new partner. A women in her late twenties.

Rose rolled to the kitchen table, she had set it before he came.


"Maybe you can bring the stew, it's on the stove."

He turned off the stove, brought the stew over and sat down. Reached out and touched her arm. She put her hand over his.


"You say it was a normal day, but you seem more tired than usual."

He pulled back his hand, put some stew on her plate and then on his own.


"Today I arrested two young boys. I kind of know them, or at least I know their parents; we say hello when we meet. One of the boys is stupid as hell, but he thinks he knows it all. He was able to convince the other guy, who actually has some brains, to join him in a robbery. It was meant to be easy, no-one was supposed to be there and all that stuff. It annoys me that the guy who has some brains lets himself get fooled by the guy who knows nothing. Just because the airhead is cocky and more confident than a horny rooster."

She put a spoonful of the stew in her mouth. It tasted exactly right. The way she liked it. She knew Rob liked this seasoning as well, but he was too pre-occupied to notice.


"It is the Dunning-Kruger effect", she said, stopping herself mid-sentence to swallow before continuing. "You know, the most ignorant have a great self-confidence since they do not understand how little they know."


"This is really good", he pointed at the plate with this fork.

She smiled; he had noticed. Then he continued:


"That is a good description of my new partner. Incompetent and confident at the same time."

"I thought you said you would give her a chance?"

"She is not an idiot. The two of you just do not see things the same way all the time."

"That is because she is wrong and I am right!"

Rose put down her fork and knife.


"You have had an argument with your new partner for weeks now. Maybe it is time to let it go? Would you rather prove her wrong than get along with her?"

He filled his mouth to the brim and chewed long before answering.


"I want both. And she is an ignorant prick."

"I fail to see how a woman can be a prick but I guess that is not the point. Sometimes you are just so hard-headed you don't even listen to other people's opinions. You decide that they are wrong even before they open their mouths."

He sat back, his stomach filled. Cleaned his chin with a napkin.


"So you think my ignorant partner is right and I am wrong?"

"Sometimes she is right, sometimes you are. Sometimes neither one of you is. Anyway, it does not matter who is right. And ignorance is not even the problem. The illusion of knowledge is."

She dropped her napkin. He picked it up from the floor, remembered too late that she did not want to be treated like 'a handicapped person´. He couldn't drop it again just to let her pick it up herself so he gave it to her, avoiding eye contact.


"So you think I believe I know things but I don't?"

"You know a lot of things my love. And so does your partner. If you would work together instead of bickering like an old couple, you would both be a lot better off."

He leaned over, gave her a kiss on the cheek.

He showed off his teeth in a big smile.  When he did, he looked just as boyish as when they met more than twenty years ago.
She rolled her wheelchair backwards, turned it around with ease and moved into the living room. While he cleaned up in the kitchen she came back, a book in her lap. 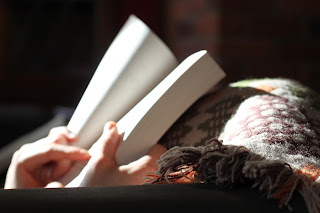 "You are very street smart", she said, "but to become wise, you should learn a thing or two from Sokrates. Check out the quote on page 28, in the middle of the page."


He finished stacking the dish washer and dried his hands on a towel before picking up the book.

I am the wisest man alive, for I know one thing, and that is that I know nothing.

Rob put the book on the table, put his hands on the armrests of the wheelchair as he bent down to kiss his wife.

"It is not completely true, you know. I do know one thing. I know I love you."