It's not about the money

Many believe what Meja once sang, that it is all about the money. I beg to differ with that belief.

My family and I just spent a lovely week in Morocco. One of the places we visited was the souks in Marrakech. 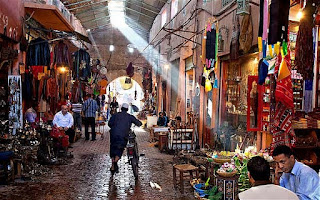 In the souks you can buy anything from spices to lamps to giant brass lions. Our guide informed us that bargaining is the norm and that we should pay about 50% of the sum the salesmen would start with.

So we (well, actually my husband, I prefer fixed-price-written-on-a-price-tag kind of shopping) ended up bargaining. A magic box that was supposedly worth 200 would become ours for 120 or so.

The currency we are talking about is Moroccan dirham. During our visit a dirham was worth about as much as 1 Swedish krona, or 10 euro cent. 80 dirham difference really did not matter to us.

It was not about the money. It was about not wanting to feel like stupid, gullible tourists.


Millionaires do not want to lose money  either, not even small amounts, as this 3 min video with Marshall Goldsmith shows us. 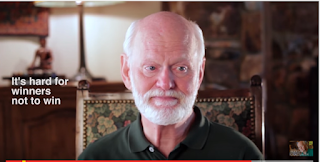 In the video we hear how a millionaire donates 340 million dollars(!) to poor people in India, but gets unhappy about having to pay 20 dollars as a penalty when he starts sentences with the word but, which his coach had told him not to do.


It was not about the money. It was about not wanting to feel like a loser.

What about yourself?
Are you happy with your salary?
Chances are you are not. Many people are dissatisfied with their salary.
However, many studies show that the dissatisfaction is not related to the actual amount of money. It's related to comparing your salary with the salaries you think others have. Or, as a person in this article puts it:

"Perception of pay is more important than what’s true,” he said. “If you think you’re underpaid, but objectively overpaid, you are not going to be satisfied.”


It is not about the money. It is about how we choose to feel about money. Or, as I put it in my own version of Meja's song: