Are you lowering your salary by working too much?

“Sorry I’m late”, he panted, landing on the chair on the other side of the table. He breathed out so intensely a paper napkin fell off. She caught it before it landed on the ground and put it back on the table.

“Busy?” she asked, even though she knew what the answer would be.

“It’s crazy! We have been working on this deal day and night for weeks! Just a few more days and I think they will sign. I sure hope so, I have barely seen my family the last two months. I am looking forward to when things calm down.”

She drank some water and smiled. He wouldn’t let things calm down. That’s the way he was, her big brother. He noticed her look but didn’t say anything until they had ordered.

“I know I keep saying that and every time I conclude one project, another, just as demanding, shows up. Well, at least the company pays me well.”

“Your hourly wages are lower than mine.”

He looked at her, frowning. No way. He earned a lot more than his baby sister.
She took out a pen and wrote their names on one of the paper napkins. 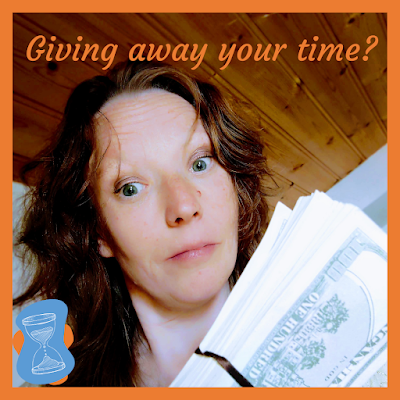 “How much do you earn per month? After taxes.”

Proudly he told her 5200 euros. She wrote that number under his name and then 3200 under hers.

“How many hours do you work per month?”

“Well, you know, it depends on the project, sometimes it’s really crazy and…”

“Just give me a guess, an average.”

His mouth stayed open as he stared at the napkin with the numbers. A waiter brought their food to the table.

“You may want to rethink the ‘at least my company pays me well’ bit.” She said, smiling widely when she took a bite of her croque monsieur.

Don’t dilute the value of your time by thoughtlessly putting in hour after hour. Focus on doing valuable work the number of hours you are willing to spend and ensure you are greatly rewarded for it.