When no one is listening - stop talking

The kid was frantic. Kicking and screaming, refusing to go home from daycare.
His mother was trying to reason with him. She used logical arguments, explaining why they needed to do what she had planned, not what he wanted. The boy screamed even louder and put his arms around his head while his mother became increasingly desperate.

Why on earth are you talking to a child who is not in a listening state?

Greta Thunberg was clearheaded about it, when she said:

"Why would I waste time talking to him [Donald Trump] when he, of course, is not going to listen to me?" 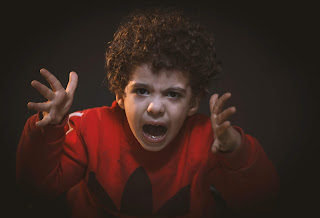 I have picked up my kids on many occasions and walked away with them in my arms, calming them down with my physical presence rather than with words that would just fall on deaf ears.

It is harder to pick up a colleague who is not listening, or a parent who refuses to accept help.

When you are faced with a person who is not ready or willing to listen - stop talking.

When you resist what is, you waste your time and your energy.


In the example of a colleague, you can choose to simply leave it be for a while.
Come back to the topic another time.

Your words, your time and your energy are too valuable to waste. Only use them when and where they make a difference.