Using No as fuel

“Why is that guy even working here? Has he ever contributed to anything? I mean, I can deal with different opinions, with criticism, but that guy – he is so downright negative he makes Ebenezer Scrooge seem like Polyanna.”


Victor paced the conference room. Manda looked at him.

“He never likes anyone’s proposal, he is negative to everything, why should I spend energy on updating a proposal he will not like anyway?”

Manda stood up and got in Victor’s way, forcing him to stop pacing.

Victor looked at her, his chest moving as if he had run up the stairs rather than just sitting in the conference room. He wanted to say that there was nothing useful in the old man’s complaints, but deep inside he knew there was always something worth looking into. The guy was annoying but not stupid.

“Because you want him to like your proposals. Even though he never does. Stop aiming for praise you'll never get. Turn it into a game. How many of his Nos do you need to make your proposal really great?”

He looked at her, suddenly smiling. 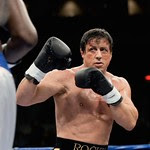 
Some people will love everything you do.

Some people will dislike everything you do.

Regardless of what you do.

Make sure you use whatever opinions people have, as ways to improve. Then both Yes and No will help you, and you will be unstoppable.