Honesty is no excuse

The senior project manager Victor raised his chest and chin, staring at the colleagues around the table. The junior developer who had just been told he was useless and not good enough to stay in the project, walked out of the conference room, head down. The atmosphere in the conference room was tense, cold. 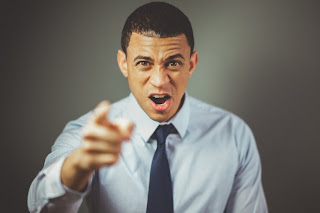 Photo by Craig Adderley from Pexels

After a few seconds of silence, Manda sighed deeply.

“Really Victor? Since when is honesty about telling people they are useless?”

“Well, he is! Have you seen his code? What was I supposed to say, that he is doing well? He isn’t!”

“Don’t use honesty as an excuse to be a bully.”

Victor also stood up, looking closely at Manda. She was one of the best ones in his team. He could not afford losing her, or her trust.

Manda put her hand on his elbow, lead him out of the room, away from the colleagues who all felt awkward.

“I know that you want the best for the project Victor. When you calm down a bit you will remember what honesty is really about.”

Victor stopped and put his hands in his pockets.

“Well, since I am not calm yet, why don’t you remind me.”

“An honest leader would have seen his own mistake of promoting this developer too soon. And he would have handled the consequences without making someone else look bad. Honesty creates trust, Victor. Not fear.”

“Are you sure you want an honest reply to that?”