Do women need to be stronger than men?

I recently listened to a documentary on Sveriges Radio P3, called Gamegirl. It is about Mia Westin, a girl who is succesfully playing Counter Strike and streaming herself while doing so. She has many followers and makes money on her stream. 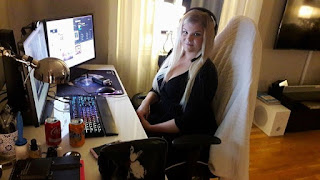 Photo from the documentary in Sveries Radio P3


That is all good and well. But like so many women who are successfull, especially online, Mia receives a lot of sexistic and judgemental comments from men and women who dislike the way she looks, the way she acts, the way she is. Mia stated the following in the program:


Having listened to the documentary I can tell she has a strong psyche and she does not let the haters get to her. Her statement reminded me about what Charlotte Whitton once said:


"Whatever women do, they must do twice as well as men, to be thought half as good. Luckily, this is not difficult."

But that does not mean men can (continue to) be mentally weak. Secure and mentally strong men and women do not express hateful comments, they have no reason to pull others down.  The haters are the weak, insecure ones.

To reduce the hate, we need to reduce the fear, reduce the insecurity. We can do that each day, by letting the people around us, especially kids, know how great they already are.

Or, as Mahatma Ghandi put it:


The enemy is fear. We think it is hate; but, it is fear.