#SwedeInMadrid : "They don't do that!"

A year ago my husband and I went to Madrid to select a house for our family's Spanish adventure.

One of the houses we visited was shown by the owner herself; an elegant, slim woman with a silky grey dress and high-heeled shoes. I remember how astounded I was when she walked on cobbly stones with more ease than I did in my comfortable shoes.

After we had seen the house, Sandra who drove us around asked what we thought about it. I blurted out the first thing that came to my mind:

This was no answer to the question and when it came to selecting a house it was not even relevant. But the woman's lack of a even a little smile made me wonder...
Maybe the elegant lady and her husband were going to have a divorce and did not want to stay in the house?
Maybe they had been hit by the crisis and could no longer afford the house?

Instead of dismissing my comment as something irrelevant, Sandra turned around from the driver seat, looked at us and said:

Sandra is from Brazil and before moving to Spain she lived in New Jersey in the US for many years. She told us that after having lived one week in Madrid, she told her husband:

"I can't live here! People bump into me in the shops without even saying that they are sorry, and they are angry and yelling at each other all the time!" 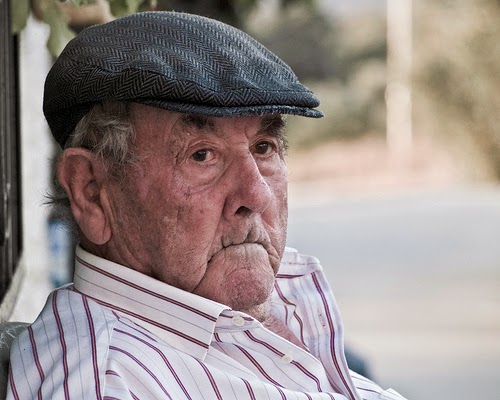 One year earlier when we visited Madrid, a man in a shop said something in (for us incomprehensible) Spanish and waved that we could pass him in the queue. My husband and I assumed he said we could go before him since we only had one item to pay for.
When passing him I said Gracias! with a big smile on my face. The man looked back with a stone face. No hint of a smile. For a second I wondered if we had misunderstood him, but that did not seem to be the case.

Yes, Spaniards can sound very angry when they speak to each other because of the rapid speech and loud volume as I wrote about in Turning a perfect Spaniard into a Swede. And yes, they can look very angry and completely ignore your greeting smile.

But Sandra told us, and we have noticed ourselves, that underneath the grumpy faces and angry voices there is a lot of friendliness and helpfulness.

For instance, whenever I enter an elevator in Madrid, all who come into the elevator will say Hola, Buenos dias / Buenas tardes and when they leave they will say Hasta Luego. Every single person, even if we have never met before. 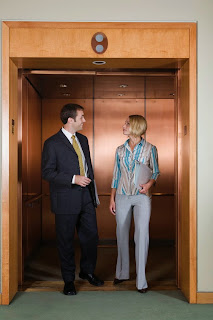 Let's assume that José from Spain is looking for a house in Sweden and that Maria, a Spaniard who has lived in Sweden a few years, is helping him. After having looked at a flat Maria asks him what he thinks about it. José will blurt out the seemingly irrelevant comment:


"In the elevator, no one said hello."

Maria will then turn around and say: