One of the interesting things about living in a new country is to see the different road signs. What is considered dangerous, or at least important to warn about in different countries?

Many people who visit Sweden find the "Varning för älg" sign to be exotic and almost cute. 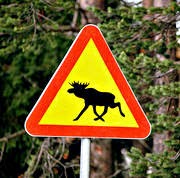 An English colleague of mine, now living in Sweden, made a joke about mooses at a dinner party. Unfortunately that did not turn out very well since the person who was sitting next to him had a brother who had died in a crash with a moose...
So the sign may look funny, but colliding with one of these large animals is no laughing matter.

In Spain they warn about other large animals; 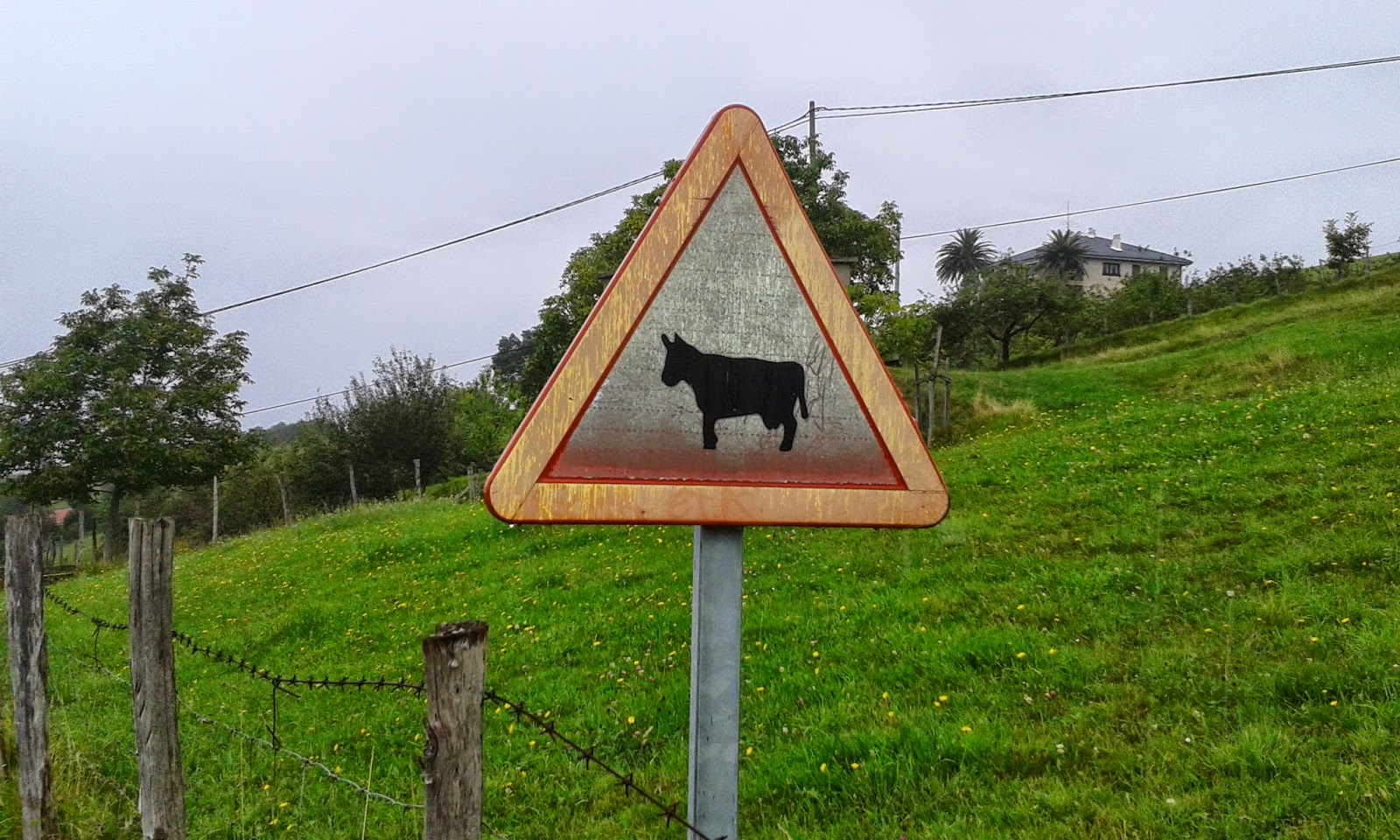 Considering Spain is a country where they still see bull fighting as a cultural and entertaining event it is understandable that there are some angry cows and bulls walking around, so it may be a good idea to watch out for them.

Mooses and cows - we can all understand that they can be dangerous. But what about this one? 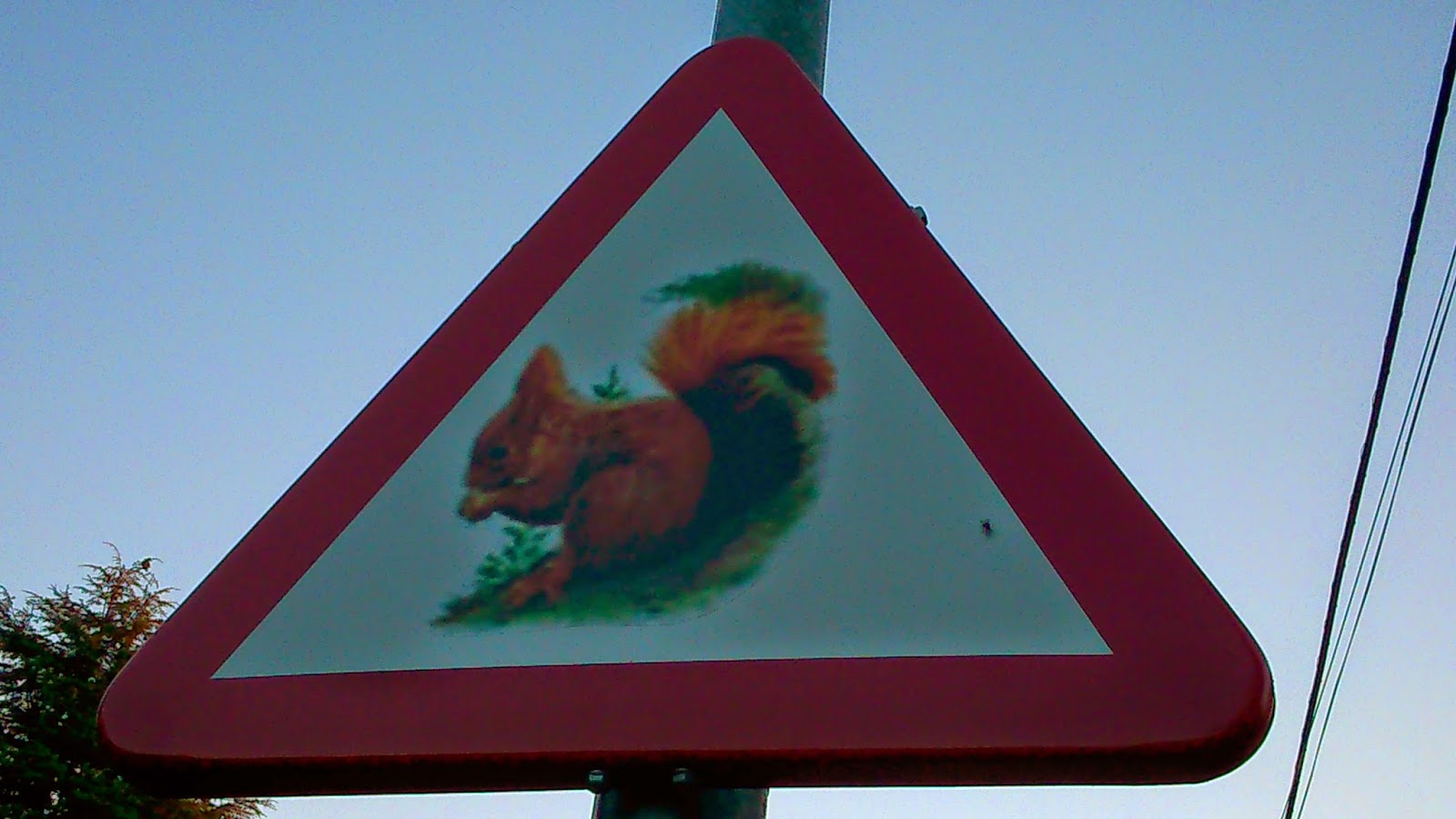 Do they have Vicious Teenage Mutant Ninja Squirrels in Madrid?

Well, not that we have seen so far. Presumably these signs are more out of care for the squirrels than for the car drivers.

And yes, there are many squirrels where we live. This makes our dog very happy. Those of you who do not have dogs can look at this clip from Up. Some 20 seconds into the clip you will see how squirrels can affect dogs!