It’s not the circumstances. It’s you.

Her hands were sweaty. Even her thighs were sweaty under the light blue skirt suit.
“Oh, I am so nervous”, she whispered to her assistant. He was also formally dressed with his rented dark suit. Looking up from his notepad, his mouth fell open. After a few seconds he said, hesitantly:
“You? Insecure? You are the CEO!”
“I know, and they are the board.”
“Yes, but… I am nervous whenever we go into these meetings, but I never imagined you were.”
She looked at her Armani watch. They should have already asked her to come in. Apparently, they were running late.
“Yes”, she said with a sigh. “I didn’t imagine I would be either. I used to be nervous when I was going to report in the project meetings. I thought I would no longer be nervous when I become a project manager myself. But then I was nervous whenever I had to present at a steering group meeting. When I became the program office manager, I thought I would never be nervous again, but then I had to report to the Leadership Team. And here I am, CEO and nervous to talk to the board.”

The door opened before he had a chance to say anything. As they walked into the room where the board members were sitting around the oval table, she whispered:

“You know what? They are probably nervous too. Different circumstances, same insecurity.” 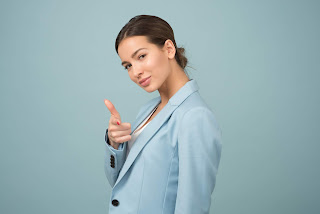 Photo by Moose Photos from Pexels

In an interview in TIME March 4 2019, Ray Romano from Everybody loves Raymond said:

“Insecurity is relative. Before I thought my cabdriver hated me, and now I think my limo driver hates me. “

If you want to get rid of insecurity, don’t expect it to go away just because the circumstances change. Feelings and behaviours only change when you do.