Not even good people are good in a hurry

Breakfast club at school has already started. Lyndsey parks the car opposite to the school. Before the car has come to a halt, she asks her daughters to hurry up, to grab their bags so they can run out of the car and to the school. As always when there is no time, the little one cannot get her seat belt off and the oldest forgets the gym clothes in the car, so they must go back again, just as they were about to cross the street. 7:16. Will school let her children eat breakfast when they are this late?

Just outside of school there is a little boy, five years old. He is alone, crying. Looking at each grown up that passes him by. When Lindsey crosses the street with her daughters, he looks at her too. His lips trembling, his eyes hopeful. Lindsey rushes past the little boy, hunches down to kiss her girls goodbye before rushing back to her car to get to work.

Breakfast club starts in 8 minutes. They have plenty of time. Lyndsey parks the car opposite to the school. She talks to her daughters about their day, all the things they will do. The little one needs some help with the seat belt. Lindsey reminds the oldest to bring the gym clothes as well. As they cross the street they talk and laugh. Lindsey sees a little, sad boy just outside of school. When she comes up to him, she sits down, asks why he is sad. Has he lost mum and dad? The boy nods, tears rolling down his cheeks. Lindsey pulls him to her chest, explains that everything will be alright, she will help him. 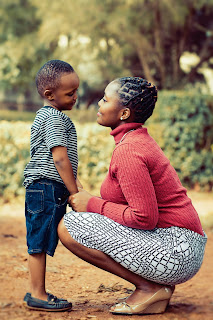 Photo by Nicholas Githiri from Pexels

John Darley and Daniel Batson, two Princeton University Psychologists, performed a study based on the biblical story of the good Samaritan. Some seminarians in the study were told they were late. Others were told they had enough time. Of those who felt they had time, 63% stopped to help a person in distress. Only 10% of those in a hurry stopped.

Not even good people are good when they are in a hurry.


In Malcolm Gladwell’s bestseller The Tipping Point, this is referred to as “the power of context”.

Don’t let time pressure turn you into someone you don’t want to be.