You don’t need a smoke. You need a break.

Paul, who had been hunched over with his nose close to the computer screen the whole morning, suddenly sat up. For a short moment he held his head with both hands, making his hair messy. Then he stood up.

Paul walked out, putting on the jeans jacket just before leaving the office landscape.

Lindsey rolled her eyes and turned to the colleague next to her.


“Going for a walk? What does he think we are doing here? Playing around, only working when we feel like it? We got work to do and he just walks out, leaving us here!”

With an annoyed frown, she continued working.

When Paul came back fifteen minutes later, he had a big grin on his face.

“I got it!”, he said, starting to type as soon as his rear touched the chair.

Lindsey couldn’t stand Paul. Young, talkative and just not responsible enough. He gave her a headache. She closed her eyes for a second. The urge became stronger.

“I need a smoke”, she explained to her colleague, grabbed the package of cigarettes and headed for the door. On the way she saw something in her colleague’s eyes. “What?”

“Going for a smoke? What do you think we are doing here? Playing around, only working when we feel like it?” 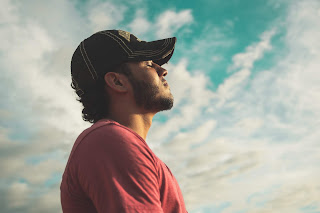 Photo by Kelvin Valerio from Pexels

Taking breaks is good for creativity and for our health. Still, many work places have a culture where some breaks are accepted while others are not.

I am in touch with people who use smoke breaks to get a break – not because they want to smoke.

If it would be accepted to take a walk break, a sit-in-silence break, a listen-to- music break, we would increase creativity and efficiency and our employees would be a lot healthier.


Is it time to change how you look at breaks in your work place?

Then initiate that change!
Posted by Annika Rosendahl