The 15-year-old girl walked unsteadily towards the bus stop. Her hands were shaking like those of an old lady with Parkinson. The anxiety was hard to fight. Her throat felt cramp, her heart was fluttering, and black spots danced in front of her eyes. She didn’t want to get on a bus filled with strangers. She didn’t want to go further than she had ever gone, to the big city she had never been to. Her mother had asked her to go, urged her to go. Maybe this was her only chance. Mum had emptied the jar with food money and pushed the bills and coins in her hand.

When the bus stopped in front of her, she almost fainted. An older man helped her get into the bus. She asked the driver what the ticket would cost. When she heard the price, a price so much higher than all the money mum had given her, she stumbled back out, running away, dropping a letter on the ground. The man who had helped her on to the bus picked up the letter. Invitation to psychiatric evaluation. When he looked up the girl was gone. A few hours later she was found hanging from a tree.

I am sorry to say that the story is based on real events, as described by Eben Shapiro in the article A humble solution to global depression in TIME.  16,5 million people live in Zimbabwe, a country with 12 (!) trained psychiatrists. The 15-year-old girl was on her way to one of them, Dr. Dixon Chibanda, for a scheduled evaluation. She couldn’t afford the $15 bus fare and hanged herself.

Dr Dixon Chibanda decided to do something to improve the situation for others in her situation. With only 12 psychiatrists in the country, something had to be done to increase access to help.

“It suddenly dawned on me that one of the most reliable resources we have in Africa is grandmothers.”

This reminds me of a scene in the film Crocodile Dundee, when Dundee is surprised about Americans talking about their “shrinks” and asks why they don’t just talk to their mates.

Mates and grandmothers are great when it comes to offering help. When it comes to psychiatric illnesses you will need more skills, so Dr Dixon Chibanda’s organization Friendship Bench trains Zimbabwean grandmothers in problem-solving therapy and behaviour activation.

There is no such thing as unsolvable problems. Too often we limit ourselves by thinking we don’t have the resources. Not enough psychiatrists, not enough money, not enough time. When you switch your mind to: “There is always a way”, you will find the solutions.

Like Dr Dixon Chibanda, who decided to, and found, a way.
You can read more about Friendship Bench here. 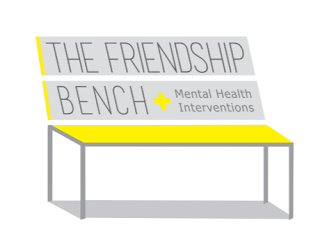