Jane, the CEO of the company, saw the two men outside of her office. They were anxiously waiting for her to let them in. Let them in and let them know what she thought about their first day at work. They knew she had had them observed.  Of course, they had done their best to give a good first impression. What did she think of their first day?

Suddenly Jane stood up - she was a tall, slim woman -  and beckoned for them to come in to her office.

When they sat down in front of her desk she asked how they had found their first day. James talked about what he had done, what he had said and what he was looking forward to doing within the company. Jane nodded and turned to the smiling John. That smile reminded her of her father's old labrador, a dog with a continuously wagging tale. John told her about the persons he had met and what he had learned from them.

Jane leaned back in her leather chair.

"In one year, you will be a respected leader in this company John. James, you will contribute in a good way, but you will not be a leader unless you change your ways."

"Because people won't trust you. "

James spread his arms to the sides.

"I know. I wouldn't have employed you if you weren't. "

James' arms dropped to his sides, his mouth still open. The whole day James had taken every opportunity to show his expertise. He had let his future colleagues know what he knew, what he could bring to the table. He had been convinced people would love to have him on the team. And now Jane told him they would not trust him.

Jane leaned forward, comforted him with a soft look in her brown eyes.

"People are not as rational as we think. We act instinctively. And the first thing we want to know when we meet someone new is if the person is dangerous or not. Is he a friend or a foe? You have done what most of us do. Telling people how good you are, proving how smart you are. People don't care. Not until they trust you."

James looked at his hands when listening to what Jane told John. He was a grown man, but he felt like a small boy in the principal's office. He startled when he suddenly felt Jane's hand on his back.

"Don't worry James. I hired you because I believe in you. You will be able to make others believe in you too. If you remember that we are here to make a positive impact. Not to prove to others how smart we are." 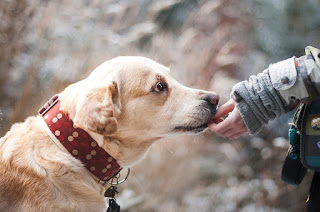 How do you behave at work? Do you remember to build trust first and show off your competence second? If you don't, start doing so now. You will be surprised about how it can affect your career.

For more on this subject, read THE KEY TRAIT SUCCESSFUL LEADERS HAVE, AND HOW TO GET IT by Heidi Grant Halvorson