The Beauty of Art Part 4 - the answers


What is the name of the sculpture?
The first sculpture I posted is Le baiser (the Kiss), here displayed from another angle: 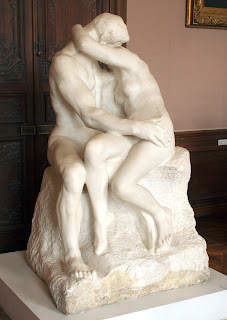 The second sculpture I posted is Le Penseur, (the Thinker), here seen from behind: 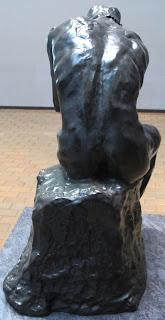 Also this sculpture had another name before it was changed to the Thinker: Le Poète (the poet). And just like the kiss, this sculpture was inspired by Dante's Divine Comedy. Rodin wanted to make a heroic figure that represented intellect and poetry.

Who is the sculptor?
Auguste Rodin, a Frenchman who is often seen as a forerunner of modern sculpture. He never set out to rebel against the past, but his work departed from traditional themes like mythology and he sculpted the human body with realism. He was critized in the beginning, something he did not like, but he still carried out with his own style. Later on he became more and more acknowledged and today he is one of few sculptors who is widely known outside the visual arts community. 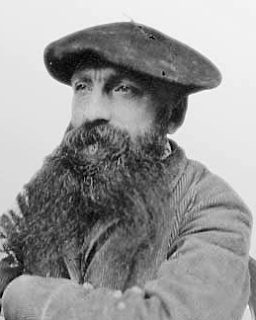 Where can this sculpture be seen?
Both sculptures have replicas all over the world, but the original works are in Musée Rodin, Paris, where I saw them.

How does this piece of art make you feel?
Sculptures in general impress me, I find it amazing that some have the ability to create all kinds of shapes out of different stones, wood or metal. The skill and patience needed is so far from myself that I get amazed.
When it comes to Le Baiser I like that there is so much softness and such a tender moment expressed in something as hard as marble.
Le Penseur makes me stop and think, wondering what he is thinking about, he looks so lifelike even in bronze.
You have said that the Thinker makes you happy, calm and that the sculpture reminds us all about the importance of stopping to reflect, especially when the sculpture is in places that emphasize reflection and calmness, like at Waldemarsudde (Sweden).