Ok, so Jesper got me thinking when he said I was not going to sell myself, but a persona. What is my Storyteller persona like? How do I want to be perceived as a Storyteller?

I started by looking at some of my role models within Storytelling. Not surprising, my role models are independent women who wrote/write stories their own way. Let´s take them in chronological order:

Selma Lagerlöf
Selma was asked to join “Svenska Akademin”, a very prestigious institution. She declined with a cocky statement: “I want to win the Nobel Prize first”. She knew should could never win that if she was part of the group that selected the winners and obviously she was convinced she could win the Nobel Prize.
She did win the literary Nobel Prize, the first Swede and the first woman to do so.  With the money she won, she bought back the house where she grew up, a home her parents had lost when they could no longer afford it. Later on she had another chance to join Svenska Akademin and she did, the first woman to do that too. Her stories are the kind that stays with you and they are relevant also today, long after Selma herself has gone. 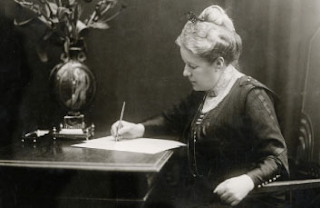 Astrid Lindgren
There are few, if any, Swedish children who have not read and become absorbed by Astrid´s fantastic stories about Pippi, Emil, Ronja, the brothers Lionhearts and many, many more. Not only did she write stories that impacted generations of Swedes,  she also seemed to do it the way she wanted to. Her stories, her way.  She was also a woman who cared much about children and animals and she voiced her opinion in ways that impacted our society. No wonder I admire her. 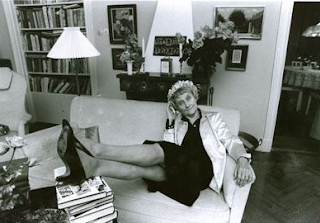 Joanne Rowling
“Rock bottom became the solid foundation on which I rebuilt my life.” This quote alone is a great reason to see Joanne Rowling, who wrote the Harry Potter books under the pseudonym J.K. Rowling, as a role model. Her story was refused by  many until one publisher saw its potential. She wrote about Harry because she wanted to write that story,  not because she wanted to become known. Joanne Rowling stays away from media rather than seeks it and she donates some of her wealth to different charities. She is my third role model when it comes to Storyteller persona.

Types of stories
So, do I want to write like these three women? No. I see them as role models when it comes to how they behave as storytellers and how they brand themselves (even though I doubt they ever used that word) but my stories are not like theirs.

When it comes to storytelling style I have other role models; authors who write the type of stories I write. Stories with lots of love, adventure and important questions for the characters and readers to consider.  They are:

With these role models in mind, I had an idea of my persona as a Storyteller. In my next blog post I will describe how I chose to brand that persona.
Posted by Annika Rosendahl