Not the same hamburger for everyone


"I can understand about having millions of dollars. There's meaningful freedom that comes with that, but once you get much beyond that I have to tell you, it's the same hamburger. "


This makes perfect sense to me, to many of us. But not to all. It seems that some people want much, much more than they can ever and I mean ever, use.

"Greed is a bottomless pit which exhausts the person in an endless effort to satisfy the need without ever reaching satisfaction." 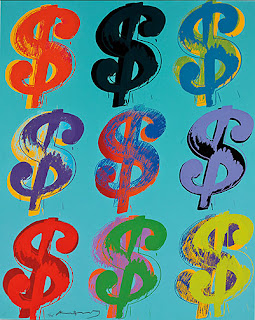 
How about introducing a law that says that politicians can never earn more than Y times the minimum wage  / lowest income in the country they rule? In my opinion Y should be a one-digit number.

And how about a corporate guideline that the CEO of a company can never earn more than X times what the lowest  paid person in the company earns? Or, wait a minute, does this worry you? Have you bought in to all that talk about the necessity to pay enormous salaries combined with absurd bonuses to "get the best ones"? Stop worrying. The myth has been debunked. A study by MSCI ESG showed that:

It may not be simple to set guidelines like these, but that does not mean we should not figure out how. I agree fully with Sir Michael Marmot (see 2 min video here) when he says:

"I do not think it's in fantasy land wanting a fairer society".


It is not fantasy land. It is a necessity to create a better world for all.