Less useful than a bug

Lyxja tilted the space ship just a little, avoiding the exaggerated movement that could cause nausea. She looked at her father who was sitting next to her and noticed his slight, approving nod.
"Soon you will get your space flight certificate, Lyxja. Really soon."

A smile was just about to spread across her face as the grey planet came into view. That look stopped the smile.
"Dad, remember that you told me that all planets have a mirror planet, one that has exactly the same properties as another one?"
"Yes, all planets have a mirror planet, or a twin planet as they are sometimes called."
"So how come the mirror planet to this grey planet is all blue and green?"
Her father made a slight adjustment with his joystick. She had missed an alarm on the screen.
"Mirror planets have the same pre-requisites to start with. But what happens to it next depends on the inhabitants."
"So what happened to the grey planet, the one that is all dead now?" 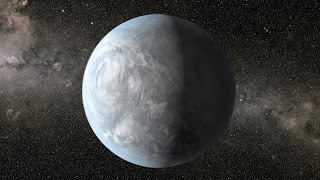 "Well, Tellus itself is not dead. But there is no life on the planet anymore."
"Why not? What happened?"
This time Lyxja noticed the alarm on the screen and made the necessary adjustment to the direction herself, before her father had to intervene.
"Well, Tellus was a planet inhabited by many species. Many different animals and plants. One animal, the humans, were really good at inventing things, at creating things. But they were not that good at living with other species.
Once there were bees on Tellus. They were insects that flew from flower to flower and they had the ability to create really sweet food called honey. The bees died out because of substances spread by humans. When the bees died out, the flowers could not pollinate each other as well as before. Over time more and more insects died out. Then the birds and the bats died out, followed by other animals. In the end, just fifty years after the insects disappeared, all life on Tellus was gone. It is a really sad story."

Lyxja turned the space ship, it was time to go home.
"But the twin planet, Sullet, is green and full of life. What happened there?"
"Well, that is really interesting. There were humans there too. On that planet they did not cause the death of the insects. They did however exterminate themselves in grand scale fights called wars and terrorist attacks with nuclear weapons. About 50 years after all the humans died out, nature had taken over. All buildings, all constructions created by the industrious humans, deteriorated and trees and plants grew over them. Replaced them. There are no humans left, but all other species thrive." 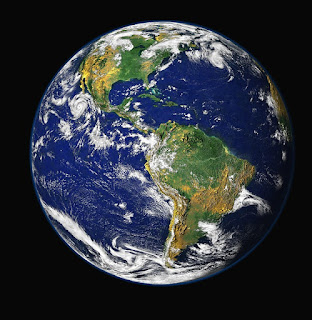 Lyxja was silent a few moments as she thought about the blue green planet and about the grey, dead planet.

"These humans, they were an intelligent species right?"
"Yes, one of the most intelligent ones in their galaxy."
Lyxja shook her head.
"That did not really help, did it? If in the end they were less useful to their world than a bug?"